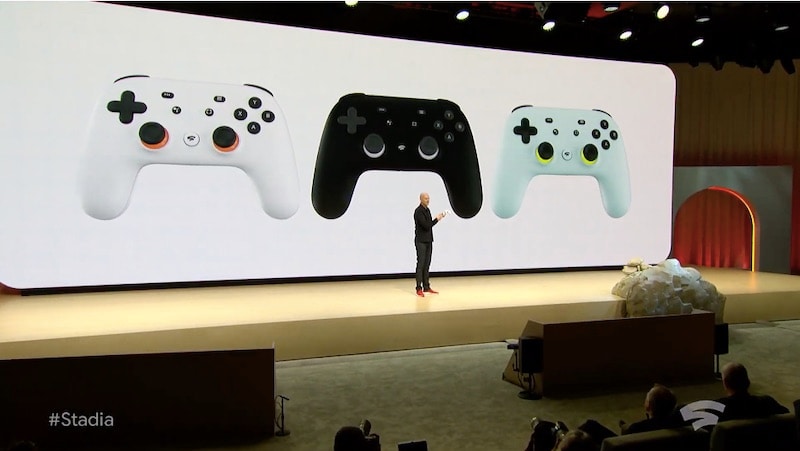 Google confirmed that its Stadia game streaming service uses GPUs manufactured by AMD at the time of its official launch announcement at this year’s GDC conference. However, the company was not as forthcoming regarding the CPUs that it has decided to use in its Stadia datacentres. The only information released was that the CPUs would be based on the x86 architecture which means that Intel and AMD were the only possible manufacturers. Curiously, the description of a “custom 2.7GHz hyper-threaded x86 CPU with AVX2 SIMD and 9.5MB L2+L3 cache” CPU strongly indicated that Intel is the manufacturer, since Hyper-Threading is an Intel trademark. AMD uses the term Simultaneous Multi-Threading, or SMT.

Still, there has been speculation about why Google would name AMD and invite its CEO Lisa Su to the launch event, but not do the same for Intel. There’s also the fact that AMD supplies semi-custom CPUs and GPUs for this generation’s Xbox and PlayStation consoles, which give the company a huge presence in the gaming market.

Clearing things up, it’s AMD that has stated that it is only supplying GPUs for the Google Stadia project, not CPUs. PCGamesN reports that AMD reached out to it following the launch with a brief statement: “Google announced that the Stadia platform is using custom AMD Radeon datacentre GPUs, not AMD CPUs.”  While even this statement does not directly name Intel, there are no other manufacturers of x86 CPUs at this time, and Intel controls x86 licensing.

PCGamesN says it reached out to Google for confirmation but was told that the company had no details other than what was announced at the launch to share. It is possible that the “custom” CPU is something that Intel does not want to talk about yet, or that exact specifications have not been finalised yet. Some analysts are also speculating that Google might switch to AMD CPUs at some point in the future.

A project as large as Google Stadia is a huge win for the manufacturers and vendors who will be supplying enough hardware to power the streaming service. While Google will be launching Stadia in the USA, UK, Canada and Europe in 2019, it will undoubtedly want to expand globally very soon after the initial rollout. Pricing has not yet been announced, and there’s also no indication yet of what the minimum Internet bandwidth requirement will be.

Google announced the Stadia streaming service, Stadia Controller hardware, and Stadia Games and Entertainment, its own game development effort. The company has said that 4K 60fps gaming with HDR and surround sound will be supported on the platform, along with YouTube integration and cloud-based features that leverage Google’s infrastructure and reach.