OnePlus 7 Pro has become the fastest selling ultra-premium smartphone on Amazon India in its first seven days of launch, the e-retailer claimed on Thursday. The smartphone had gone on sale for the first time on May 16 for Prime subscribers, followed by for all Amazon customers on May 17. OnePlus is only offering two variants of the smartphone in the country right now (6GB+128GB and 8GB+256GB), in a Mirror Grey colour option, with the Nebula Blue 8GB+256GB and 12GB+256GB variants due to go on sale on May 28. The Almond colour variant, only available in the 8GB+256GB variant, will go on sale in June. 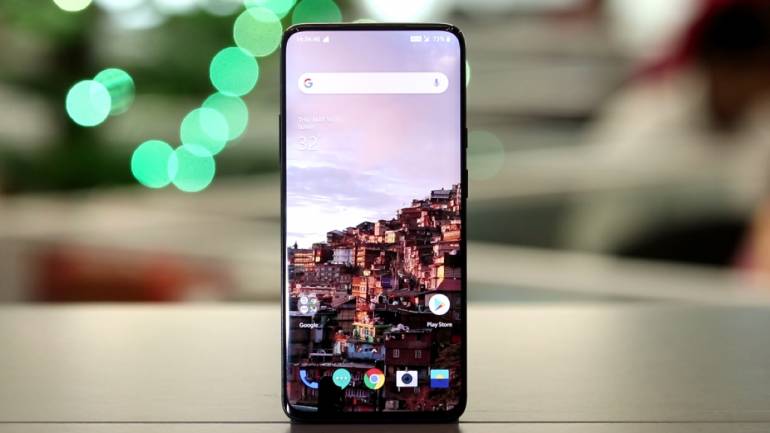 Amazon on Thursday revealed that OnePlus 7 Pro is the highest selling smartphone priced above Rs. 45,000 in the first seven days of its launch. The e-retailer did not share actual sale figures. Apart from Amazon India, the OnePlus 7 Pro is also being offered via OnePlus.in, OnePlus exclusive offline retail stores, Reliance Digital outlets, MyJio stores, and Croma outlets. The OnePlus 7 Pro price in India starts at Rs. 48,999.

“We are delighted to announce that OnePlus 7 Pro is now the fastest selling smartphone in the ultra-premium category on Amazon.in,” said Noor Patel, Director – Category Management, Amazon India, in a statement. “We are thrilled to witness such overwhelming response for the smartphone, especially during Prime Early Access on Amazon.in.”

To recall, OnePlus 7 Pro was unveiled earlier this month alongside the OnePlus 7. Although OnePlus 7 Pro is already on sale in most of the markets around the world, OnePlus 7 will be available next month.

OnePlus 7 Pro is currently the flagship smartphone of the company. It features a 6.67-inch Quad-HD+ Fluid AMOLED screen, Qualcomm Snapdragon 855 SoC, and up to 12GB of RAM. The smartphone also packs up to 256GB of onboard storage, a 4,000mAh battery, and Android 9 Pie with OxygenOS.