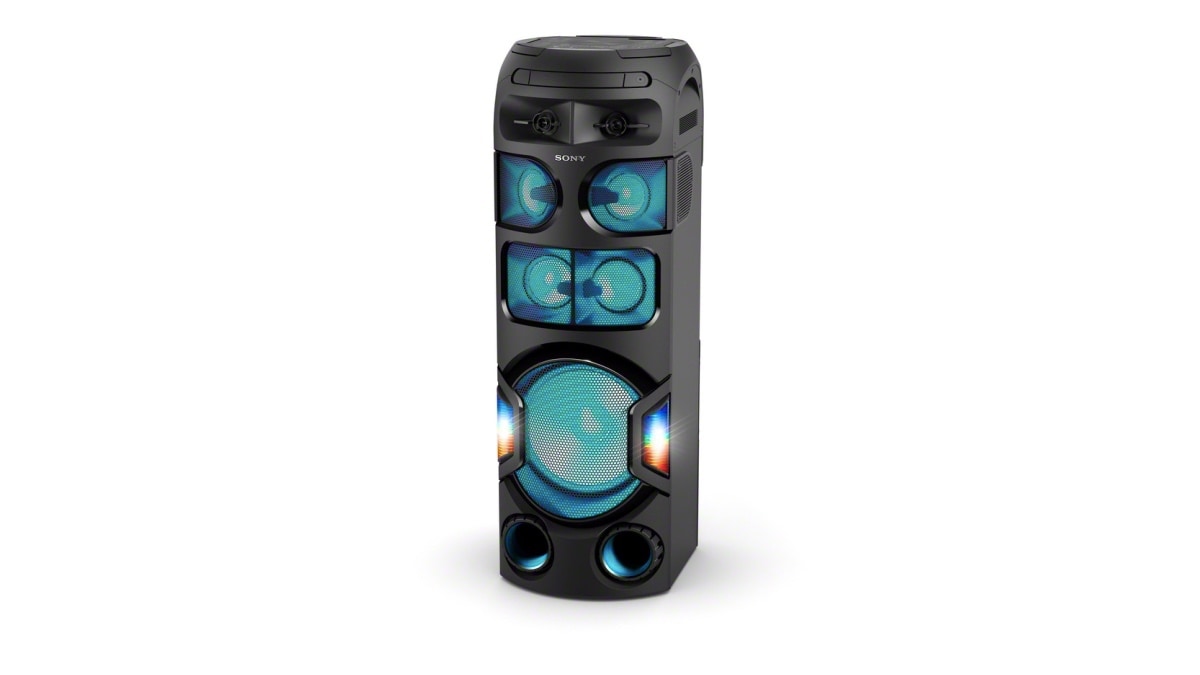 Although Sony recently announced its decision to withdraw its mobile business from a number of global markets including India, it’s audio business continues to operate. After announcing the Sony HT-X8500 soundbar earlier this month, the Japanese company has now launched a new range of party speakers – the V02, V42D, V72D, and V82D – with prices starting at Rs. 16,990. The new range of speakers goes on sale this month both online and offline, through Sony Centres, authorised retailers, and major e-commerce sites.

The new range of wireless speakers comes with a variety of features, including 360-degree sound and light, jet bass booster, karaoke, and Taiko, which turns the top panel into a percussion instrument to add your own beats to the tracks being played.

The Sony V02 is the most affordable product in the new range, priced at Rs. 16,990. It’s also the smallest speaker in the new range, and features Bluetooth, Audio In, USB and FM radio connectivity options. The higher-end options additionally feature a built-in CD player, and direct HDMI-based connectivity with TVs.

The Sony V42D (Rs. 31,990), V72D (Rs. 44,990), and V82D (Rs. 54,990) speakers feature party lights, which project lights outwards in the room in various directions. The two top-end models feature Taiko mode, which allows the top touch-sensitive panel to be used as a drum surface, letting you add your own beats to the music. The mode lets you select the bongo, djembe surdo, or Japanese Taiko drum as the instrument.

The speakers feature gesture controls, a splash-proof top panel, and are compatible with the Fiestable app, which controls lighting, playback, DJ effects, and more. The speakers are the successors to the V81D, V71D, and V41D speakers, which were launched last year priced at Rs. 31,990 onwards.