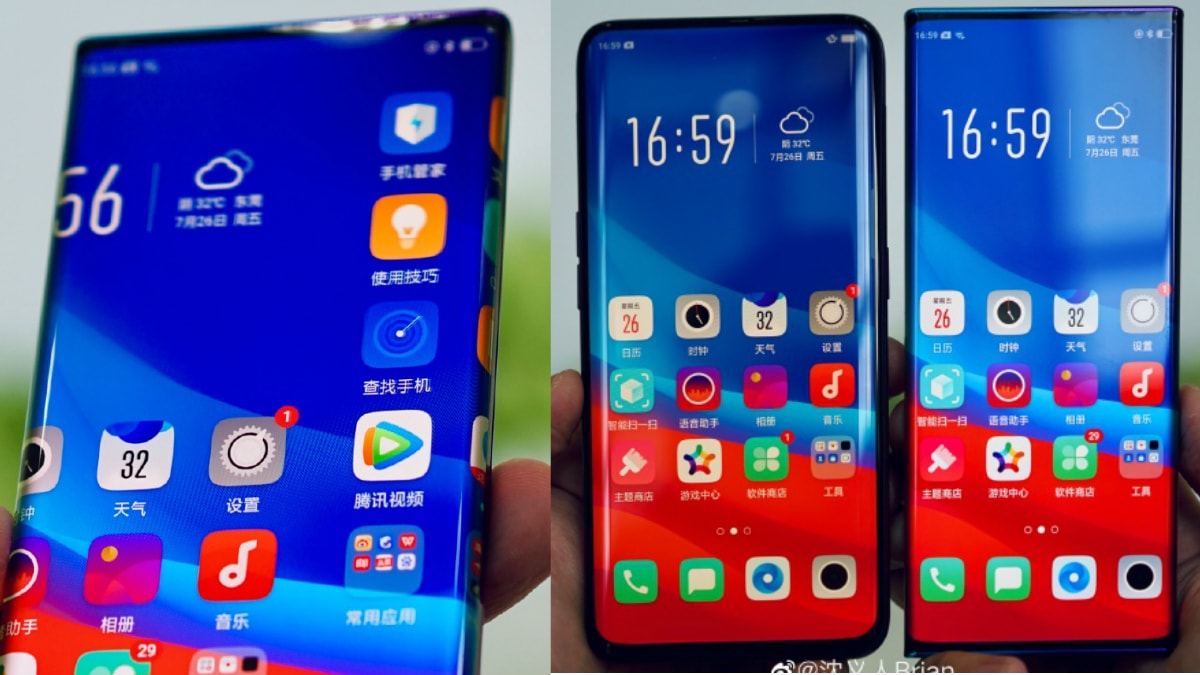 Oppo on Monday showcased its new innovation – a ‘Waterfall Screen. It is essentially a display that has almost no bezels and sharp curved edges. The curved edges of Oppo’s Waterfall Screen are more pronounced than the curved-edged display seen on Samsung and Huawei flagships. A dummy phone shown by the company sports a notch-less and almost bezel-less front. The phone has no physical buttons on the sides, and there’s no notch or cut-out of any kind for the front camera in the official images shared by the company.

Oppo VP, Brian Shen shared the official photos of the new Oppo Waterfall Screen technology. The display is seen to flow over the edges, like a waterfall. Given that this technology has been introduced in the second half of 2019, we could see it integrated in a new Oppo phone sometime early next year or even later year.

The dummy phone, on which Oppo has used the Waterfall Screen, is void of any cut-out or notch to house the front camera setup, and this could indicate that Oppo has integrated its under display camera technology or a pop-up selfie camera. This new under display camera technology was showcased last month, and it is said to come with a custom-made display that will hide the front camera seamlessly.

In India, Oppo recently launched the Oppo K3, and it comes with a pop-up selfie camera, a Snapdragon 710 SoC, VOOC 3.0 support for fast charging and is certified by Germany’s TUV Rheinland for eye protection. It is priced starting at Rs. 16,990 and is available on Amazon India.