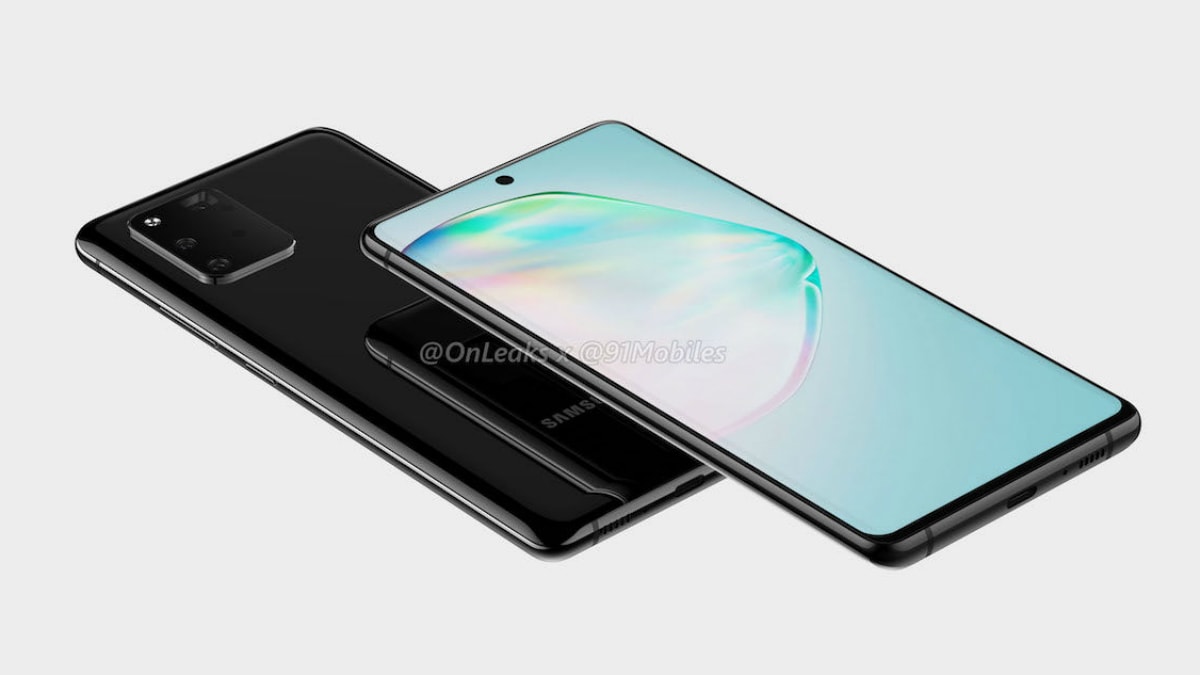 HIGHLIGHTS
JUMP TO
IN THIS ARTICLE

Samsung Galaxy A91 that is expected to debut sometime later this month is speculated to come with a design similar to the Galaxy Note 10. Some renders based on the initial rumours and leaks have surfaced on the Web to suggest the looks of the Galaxy A91. The smartphone appears to have a hole-punch display design and sport a square-shaped camera module that could include as many as four different sensors. Design-wise, the Samsung Galaxy A91 may also include some aesthetics that could look similar to the Galaxy S11. It is also rumoured that the Galaxy A91 would debut in some markets as the Galaxy S10 Lite. This means that you may get a flavour of this year’s Samsung flagship alongside some design similarities with the Galaxy S11 in the new Galaxy A-series phone.

The fresh renders of the Samsung Galaxy A91, released by tipster OnLeaks in a collaboration with 91Mobiles, suggest its complete design — from the back to front and top to bottom. The smartphone appears to have the hole-punch display design that we saw on the Galaxy S10 models earlier this year. But the cutout on the new model sits at the centre — similar to the Galaxy Note 10 series.

If we look at the Galaxy S11 renders that have surfaced online in the recent past, the Galaxy A91 seems to have many similarities. The phone as a glossy finish and thin bezels. However, the back pane shows the square-shaped camera module that is slightly wider than what has been presumed on the Galaxy S11.

There are interestingly two different sets of renders suggesting the Galaxy A91. One of those sets has a triple rear camera setup, while the other one shows a quad rear camera setup. There could be a periscope lens.