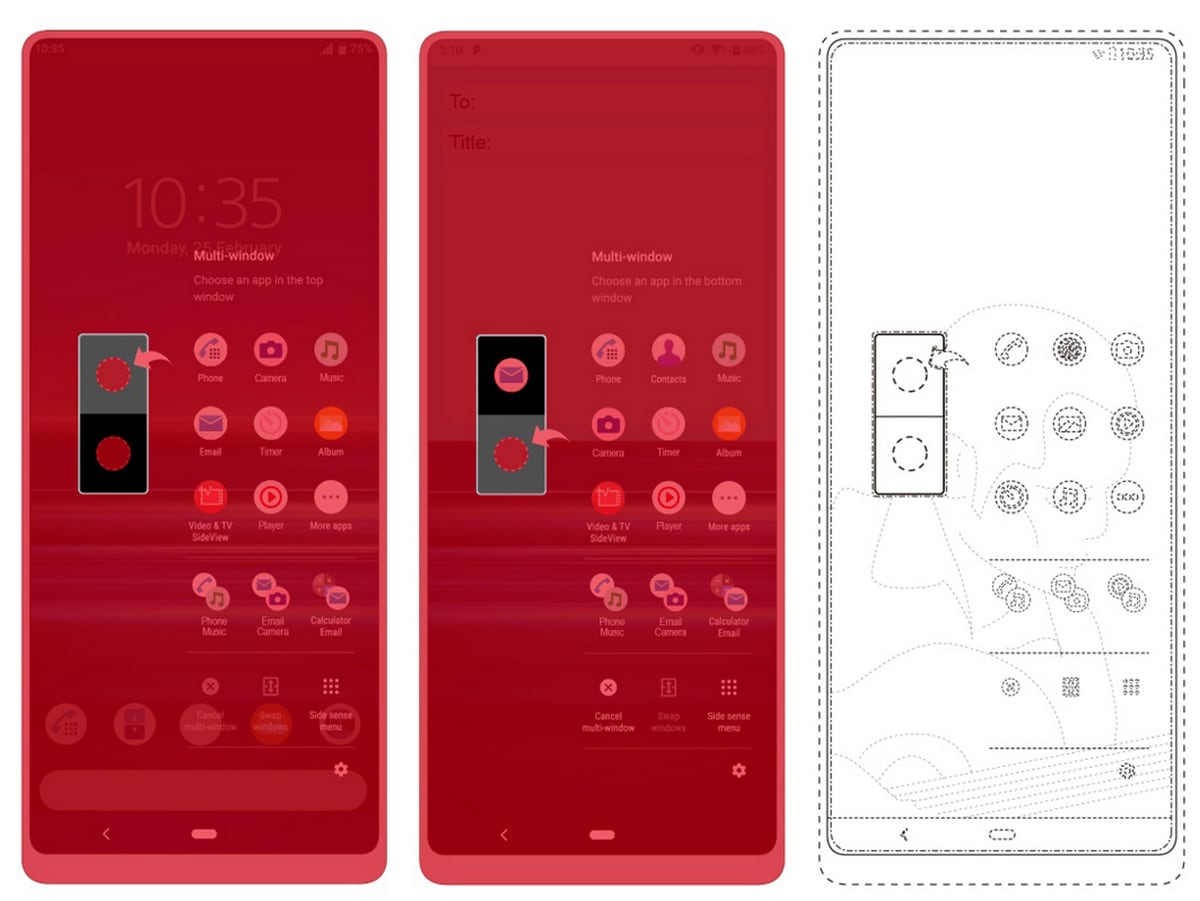 Japanese electronics maker Sony is reportedly planning to launch a new flagship Xperia phone during Mobile World Congress in early 2020 and now a patent discovery suggests that the upcoming device will feature a hole-punch camera. A newly published patent on the WIPO Global Design Database from Sony showcases the user interface of an upcoming device as well as its screen that sports minimal top bezels, GSM Arena reported recently.

The screenshots included in the patent suggest that the new Sony smartphone will show time on the left and the battery status on the right-hand-side utilising both the top corners, according to GSM Arena. Therefore, it can be implied that the hole-punch camera will be placed at the centre. The smartphone is also expected to support multi-window functionality.

A mock-up of the upcoming Sony Xperia smartphone expected to launch at MWC 2020
Photo Credit: LETSGODIGITAL

Sony has adopted a 21:9 aspect ratio on its recent flagship phones, and moving the selfie camera into the screen would allow the company to extend the screen further. The device is also rumoured to feature Qualcomm’s Snapdragon 865 SoC paired with 12GB RAM.

Additionally, the device is believed to come with 5G connectivity as well as six cameras on its back and a QHD screen.

Last year Sony released its Xperia 1 alongside the Xperia 10 and 10 Plus during MWC.

Separately, Sony Xperia K8220 listing reportedly showed up on Geekbench recently, tipping key specifications.The Sony smartphone, codenamed K8220, posted a score of 465 and 1,757 in the single-core and multi-core tests. According to the listing, Sony Xperia K8220 will be clocked at 1.8GHz, have 8GB of RAM and will run Android 10 out of the box.