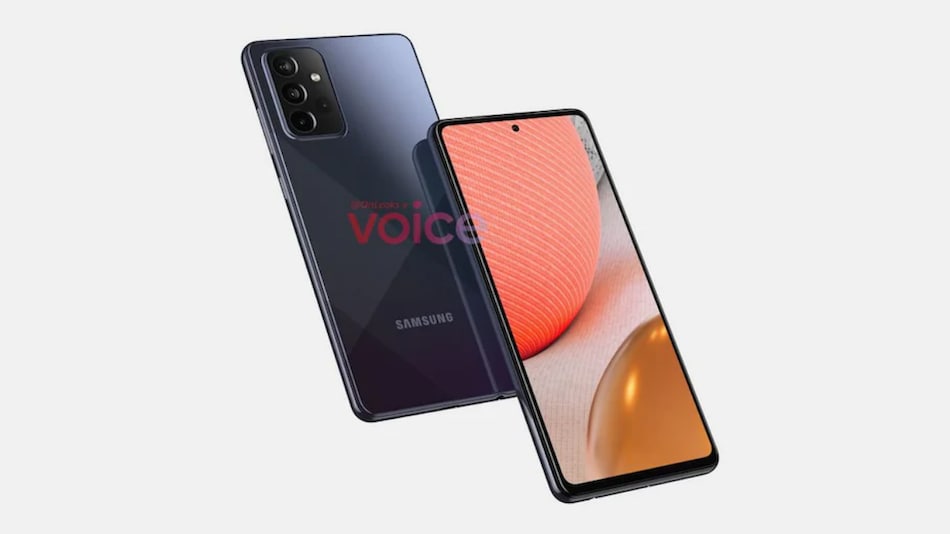 Samsung Galaxy A72 is rumoured to sport a flat display

Samsung Galaxy A72 is thought to have been spotted in a new Geekbench listing, which suggests the smartphone could be powered by a Qualcomm Snapdragon 720G SoC for its 4G variant. A recent report had claimed that the smartphone will be launched in both 4G and 5G variants. Rumours also suggest that the smartphone will have a 64-megapixel primary sensor in a quad rear camera setup. Some renders of the rumoured handset shared by a tipster recently show the phone sporting a flat display with a hole-punch cutout.

As per the listing on Geekbench, a phone with model number SM-A725F, believed to be Samsung Galaxy A72 4G, could come with 8GB of RAM and Android 11. The phone gets a single-core test score of 526 and multi-core test score of 1,623, and is listed with a Qualcomm processor codenamed ‘atoll’, which is associated with the Qualcomm Snapdragon 720G SoC.

The Samsung Galaxy A72 4G Geekbench results are quite similar to those of Galaxy A52 4G, which was also recently spotted on the benchmarking website with the Snapdragon 720G SoC.

The Galaxy A72 4G could come equipped with a 64-megapixel primary shooter in a quad rear camera setup, which was previously thought to be a penta camera setup. Alleged renders of the smartphone were also leaked by tipster Steve Hemmerstoffer, aka OnLeaks, via Voice. They show the Samsung handset with a flat display and a hole-punch cutout for the selfie camera in the middle and not the top-corner of the screen. A quad rear camera can also be seen in the renders.

Hemmerstoffer claims that the Samsung Galaxy A72 will feature a plastic back panel with an aluminium frame. The phone is also said to come with a 6.7-inch display, a 3.5mm headphone jack, a USB Type-C port, and a speaker grille at the bottom.